One of the most important regions for both current metals production and future growth in the global mining industry are the Central Andes (Argentina, Bolivia, Chile and Peru). In 1998 the region produced 4,496,611 t of fine copper, 29,344 t of molybdenum, 156 t of gold, 3,834 t of silver and 1,055,026 t of zinc. This corresponds to the following share of world production (Table 1): copper 44.5%, silver 22.6%, zinc 14.7% and gold 6.1%. The Central Andes region is also an important producer of antimony, bismuth, cadmium, lead, lithium, molybdenum, tin and tungsten.

EXPLORATION IN THE CENTRAL ANDES : MAIN DISCOVERIES AND

One of the most important regions for both current metals production and future growth in the
global mining industry are the Central Andes (Argentina, Bolivia, Chile and Peru).
In 1998 the region produced 4,496,611 t of fine copper, 29,344 t of molybdenum, 156 t of
gold, 3,834 t of silver and 1,055,026 t of zinc. This corresponds to the following share of
world production (Table 1): copper 44.5%, silver 22.6%, zinc 14.7% and gold 6.1%. The
Central Andes region is also an important producer of antimony, bismuth, cadmium, lead,
lithium, molybdenum, tin and tungsten.

Over the last decade, mine production of copper, gold, silver and zinc have all increased
by 20% or more. Copper has shown the biggest increase, with output rising by more than
70%. Several facts explain this large increase in metals production, with a key one being
an important one: the success of exploration over the last thirty years. This has resulted in
the discovery of several world class deposits which, when developed into mines, account
for much of the production increase.

This review summarizes the success of basic exploration carried out during the last three
decades in the Central Andes. It is based on data published in different specialized
mining books or magazines (Cabello, 1999 & 2000, Petersen and Vidal 1999; and
Sillitoe, 1995). It mainly includes those discoveries important at a world or regional scale
(minimum gross in situ value of US$200 million), not the lesser discoveries important at
the local scale. The economic impact of these discoveries is presented here with regards
to the value of the mineral resources identified, the investments and metals production
generated.

During the last 30 years, can be calculated that some US$ 3.3 billion was invested in
basic exploration in the Central Andes. It is estimated that about 45% has been spent in
base metals exploration and the difference (55%) has been devoted to the search for
precious metals deposits.
The seventy six base and precious metal deposits reviewed here (Fig. 1 & Table 2) were
all discovered and subjected to their main periods of exploration during the last three
decades, although an appreciable number were first identified as old mines or prospects
during earlier times. Twenty four are in production, five are being prepared for
production, another five are at or beyond the feasibility stage, and one is mined-out.
Forty copper discoveries are included in this review. The main ones are Bajo de la
Alumbrera, Agua Rica (Mi Vida) and El Pachon (Argentina); La Escondida, Collahuasi,
Los Pelambres, Zaldivar, Escondida Norte and Candelaria (Chile) and La Granja and
Toromocho (Peru).
Thirty precious metals discoveries are included. Of these, the most important and best
known are: Veladero, Lama and Cerro Vanguardia (Argentina); Kori Kollo (Bolivia); El
Indio District, La Coipa, Pascua and Refugio (Chile) and Yanacocha and Pierina (Peru).
Six zinc-lead-silver deposits also made it into the list, all located in central Peru. The
better known are Uchucchacua, Iscaycruz and San Gregorio.
From an ore deposit model point of view, most of the discoveries correspond to porphyry
copper or porphyry copper-gold deposits (34) and high- and low-sulfidation epithermal
precious metals deposits (26). Also discovered were four polymetallic replacement
deposits, three contact metasomatic copper deposits, two volcanogenic massive sulfide
(VMS) deposits, two Mississippi valley type (MVT) deposits, two exotic copper deposits,
two copper–gold skarn deposits and one mesothermal gold deposit.

Eleven copper, seventeen precious metals and two polymetallic deposits have been
developed and put into production through December 1998 (Table 3). To reach this stage
US$10.3 billion was invested. To put the remaining undeveloped deposits into production
and to expand the new existing operations will require an estimated US$16.6 billion
(Table 4). In this group of new mines, the first one to start production was El Indio in
Chile in 1979. Since that year, metals production generated by these deposits has been:
6.95 million t of copper, 595.3 t of gold, 7,035.5 t of silver and some 236,000 t of zinc,
all together valued at some $ 18 billion.
The resulting exploration effort has delineated in-ground resources exceeding 162 million
t of metallic copper with an estimated gross in situ value of $268 billion, 16 million t of
zinc valued at $ 16.4 billion, 4,941 t of gold valued at $46.2 billion and 63,175 t of silver
valued at $11.2 billion. In addition, buy-in expenditures were identified totalling some $3
billion.
When putting together all the discoveries (Table 4), the gross in-situ value of all the
identified resources is $346.2 billion. This is simply a measure of the value of metal in
the ground, not taking into account the cost or economic viability of extraction,
processing and sales.
A simplified way of measuring the economic productivity of mineral exploration in the
Central Andes during the 1969-1998 period can be performed by comparison of the total
exploration funds with the related past and future development investments, as well as
with the past production value and the resources in-situ value (Table 5). On this basis
every dollar spent in basic exploration has generated $3.10 in past investments and could
generate another $5.00 if projected future investment is completed. Each exploration
dollar returned 5.6 times its value in production. Moreover, the same dollar has
discovered and delineated a metal resource with a nominal in-ground resource value of
$96.30.

In spite of the current depressed metals markets it can be predicted that the Andes of
Argentina, Bolivia, Chile and Peru will remain as one of the most important regions
regarding exploration activities for the foreseeable future. Investments will continue to
flow into these countries stimulated by the tremendous success of past exploration and
related mining developments. Their appeal is based on several factors: excellent
geological prospectivity, the presence of deposits which possess the size and grade to
weather metals price cycles, and balanced environmental laws coupled with gradually
improving infrastructure conditions and adequate political-economic stability.
In conclusion, ongoing exploration drilling of new and potentially important discoveries
keeps coming with favorable results: epithermal prospects in southern Argentina,
mesothermal gold in central–northern Bolivia, porphyry coppers in northern Chile (Gaby,
Elvira and Opache prospects) and more precious and base metals in Peru (Quicay,
Tarmatambo, Tincyaclla, Antapite, Antapaccay, etc).
As metal prices remain broadly stable or improve, it can be expected that the region's
discovery record over the next decade will be similar to that presented here.
ACNOWLEDGEMENTS
The author would like to thank the support given to this research by the BHP Minerals
Discovery Group, especially Chris Blain, Tom Whiting and Steven Potter. The
cooperation received from Luis Fava and Cesar Vidal during the stage of data collection
is greatly appreciated. The manuscript benefited from reviews by Adriana Españón and
John-Mark Staude. 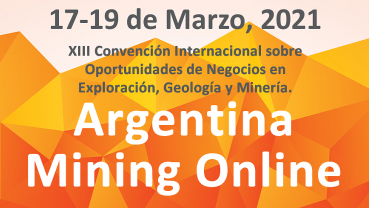 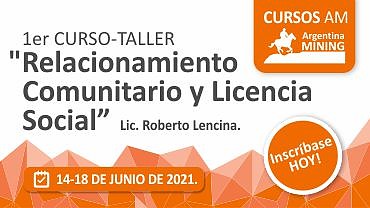