Interview to John Mark Staude: “Demand for Tangible Assets will continue to rise”

Mr. John Mark Staude, CEO at Riverside Resources, will be visiting Argentina next October to participate as speaker in Latin Exploration 2011 edition, the conference that gathers the key actors of the Latin American mining sector in search of new projects and business opportunities. In this interview, Mr. Staude shares his views on mining business in the region and speaks about his conference lecture: the new strategies and business models in mining exploration... 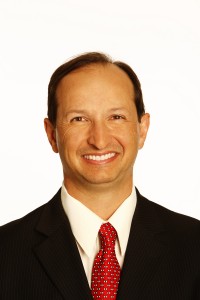 Mr. John Mark Staude, CEO at Riverside Resources, will be visiting Argentina next October to participate as speaker in Latin Exploration 2011 edition, the conference that gathers the key actors of the Latin American mining sector in search of new projects and business opportunities.

In this interview, Mr. Staude shares his views on mining business in the region and speaks about his conference lecture: the new strategies and business models in mining exploration.

Which are the new business strategies/models in the mining exploration business?

Mining and Mineral Exploration is undergoing rapid changes as capital is being made available to Latin American and world-wide projects that arehigher risk, earlier stage, and more innovative.   But for areas that can have rapid application of the capital and flow of results with confidence in the progression of the projects, business strategies are changing to focus on social license, access, permits, clear title, government policies, and environmental viability.  In the past, business was more focused toward reserves and resources. Now,  forwarding a mine development or exploration project is so highly affected in Latin America by social and political factors that companies need to have competent and sufficient approaches to resource projects.

Social license is becoming a key component for the mining business. Strategies that used to be based on cash flow and economic growth must now first consider social acceptance, permitting probability, and strategies to understanding and working with all stakeholders.

Secondly, a major thrust of new business is toward partnerships and alliances.  Riverside Resources, for example, has exploration alliances with Antofagasta for copper, and Cliffs from the USA for iron.  Major companies like Cliffs, Antofagasta, Kinross, BHP, and Rio Tinto are actively using junior companies as their partners for earlier stage, high-risk exploration, because the juniors can access capital and have approaches that incentivize an entrepreneurial spirit.

A third new business approach is to no longer focus on starting with the largest possible project, but instead, focus on getting cash flow and growing out of cash flow.  More than 55 new mining operations  have begun in past 36 months and more than 50% of these had immediate growth expansions within 24 months.  An increased production rate is seen as a de-risking factor, and is built into the capital exploration plan.

What is your point of view as regards the European and American crisis and how do you think they will affect the Mining activity?

The economic weakness of a double dip recession seems increasingly likely. The attempts in Europe and USA to infuse capital through massive government spending and increasing money supply has not solved the underlying problem: that much of the western world is living beyond its means and that, although we mine in the Americas, we often ship the mineral concentrate to Asia to be refined and converted into products that we in the Americas then buy.  The Financial Pullback is moderating what could potentially be an over inflated investment market.

How does the “gold fever” affect the Mining industry in general?

Gold’s price has been going up for past decade and, despite short term pullbacks, the overall trend has not ceased.  At Riverside, we have focused on acquiring and progressing a plethora of high quality gold assets.  The bull market continues to be strong and, particularly for Argentina and Latin America in general, this is a huge opportunity for society to gain long term improvements in infrastructure, income stability, and tax revenues, by leveraging the current high commodity price and NOT assuming this will necessarily be the norm for the long term.  As capital is currently available to those countries and provinces that most accept and facilitate rapid progress and development, they will get the larger share of potential investment. By coordinating communities, these regions have the opportunity for life changing improvements for their citizens.  The industry is keen to advance the numerous commodities that are priced nominally high, but, in terms of real prices, not necessarily that high.

Which are the perspectives as regards the Mining activity in Latin America?

What do you think about Latin America as a metals producer?

Latin America is a premier region for metal production.  Mines can be developed quickly, strong technical people can be sourced, and communities can appreciate the value that a new mine can bring to a community.

What is your growth foresight for the Mining activity in the region for the next years?

As governments need to continue to print money the demand for hard assets in my opinion will continue rise.  The growth of interest in commodities and push for capital to find valuable assets is making mining a stronger avenue for preservation of wealth.  Growth will be very positive and continue to expand as long as there is capital. Countries and communities that are adapt at accepting and facilitating the access to this capital will gain jobs, infrastructure, education, and opportunity to wisely create a sustainable improvement in the communities as well as gaining foreign capital reserves that could be used to lower sovereign debt.

What position do you consider that Latin American has in the global Mining context?

Latin America has been a mining leader for centuries and as along as projects have competitive access and standards for stable capital investment this should continue and could greatly expand.   Latin America is delivering many new discoveries  with booming exploration in many countries including Colombia, Argentina, Chile, Brazil to just name a few.  Throughout Latin America there is potential for growth of resource development investment and as the communities provide a stable, inviting environment the development capital will flow to those regions.  I am very positive toward Latin America’s ability to grow in the global Mining context although we must also appreciate the competition of Africa, Australia, and other regions that are growing quickly.

In your opinion, which are the investment forecasts for the activity in the next years?

We are in highly volatile times with the economies not doing well, burdened by national debts, with the challenge of servicing this debt thus making the financial markets very nervous and capital flighty.  The next few years are hard to predict as Europe and North America are struggling to stimulate their economies and this effects Latin America.  Asia has growing capital reserves and is looking for sound investments.  This provides an opportunity for Latin America to capture this capital and have greater stability in the economic activity.  I am positive for the Latin American outlook although concerned for the prospect of high inflation and devaluation of currencies.

Which are the new projects that you company is engaged in?

I am CEO for Riverside Resources and we work in Mexico on gold and silver exploration projects.  Our lead assets are in Mexico, where we have the mine and drill project at Tajitos, Sonora, Mexico.  This is a large gold-rich shear zone similar to the nearby 11 M Oz Herradua Gold Mine operated by Newmont-Penoles.  Our project is an open pit, heap leach style goldexploration property.  A second key asset is our Clemente Silver project that has up to 2 kg/t (60 oz/t) silver vein mineralization and a large 2 km x 2 km open pit gold-silver drill target with old mining areas around a central zone.  We are also engaged in business Joint Ventures with five companies and Exploration Strategic Generative Alliances with 2 companies (Cliffs and Antofagasta).  Riverside Resources strives to find partners with assets they would like to see developed in a joint venture partnership and looks to collaborate with major and junior companies for exploration discovery and delineation of new resources.  Riverside has exploration drilling in four states currently including the USA and Mexico.  Further in Latin America the company seeks new opportunities for mineral resource exploration.

John Mark Staude held the General Manager position at Riverside Resources and, at present, he is President and CEO of the company. He has been part of important gold discoveries in Peru and Turkey, and has initiated companies and managed successful exploration programs in Romania, China, Turkey and Bolivia, among other places. Mr. Staude has over 20 years of mining and exploration experience in base and precious metals. He has wide experience in mineral resources in four continents, including participation in the discovery of and exploration works at Mulatos gold mine in Sonora, Mexico. He worked as advisor for Adriana Resources Inc. and held positions in a number of major international mining companies including Kennecott Canada Inc., BHP Billiton, and Teck Cominco.

Mr. Staude's extensive Latin America mineral resource experience began in Mexico in 1987 and then extended through South America in the 90’ century. He has been a member of Economic Geologist since March 1991. He earned a Masters of Science from Harvard University in 1989 and a Ph.D. in economic geology from the University of Arizona in 1995.

What is Latin Exploration?

On October 17-18, at Sheraton Retiro Hotel in Buenos Aires, it will take place Latin Exploration 2011 edition, the conference that gathers the key players on exploration in Latin America aiming to discover exciting new projects and business opportunities.

Latin America is the ultimate exploration destination, with great geological potential from base and precious metals to industrial minerals and energy metals. During the two days of high-level conferences, attendants will be updated on the current status of exploration and potential on selected projects from countries such as Chile, Mexico, Peru, Colombia, Argentina and Brazil, among others; commodities and their outlook; financing exploration and risk assessment; CSR strategies; corporate experiences, and opportunities on mining in the region.

At Latin Exploration, attendants will have the possibility to evaluate the mining potential of several countries of one of the most attractive exploration destinations in the world, to contact main suppliers and network with key players from mining companies currently working or interested in the region, and discover interesting projects for acquisition or JV.

This event is directed to Presidents, CEO, Vice-presidents and Exploration Managers of mining companies that are considering the region in their exploration strategies or those already installed; executives from suppliers of exploration services, as well as financers, brokers and other professionals involved in the finance side of the mining business.